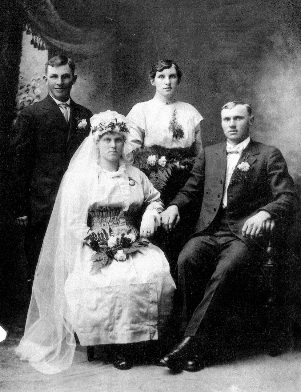 The photo is of Bill and Bertha Rohn's wedding: witnesses are Gertrude Wenzel Tester and Henry Wenzel.

William John “Bill” Rohn was born 28 August 1896 in Bronnholzheim, Baden-Wurtenburg, Germany. He was the son of John Michael and Wilhelmina Christina Gluck Rohn. He moved to the United States with his family in 1906. Bill married Bertha Gertrude Wenzel on 27 January 1917. Bertha was born 4 May 1900 and was the daughter of George and Bertha H. Gunther Wenzel. 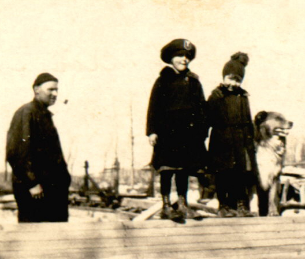 Bill and Bertha had the following children: 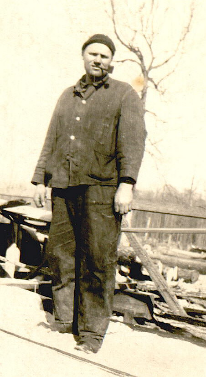 Bill died on  15 August 1957 and Bertha on 9 February 1965.  They are both buried in the Lakefield Township Cemetery.