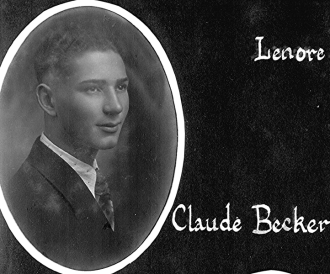 Albert J. Becker was born in 1869 in New York. His parents were Joseph and Margret Buckenmeyer Becker. As a child, Albert was raised in Sheldon, Wyoming County, New York. Albert married Martha Leppold on 12 February 1895 in Detroit, Wayne County, Michigan. Martha was born on 6 December 1872 in Bennington, New York. Her parents were Christ and Margaret Drilling Leppold. 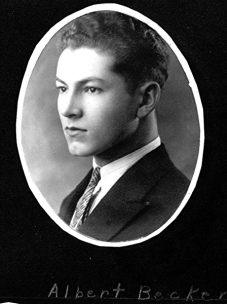 Albert and Martha's children were:

Albert, Martha and their family came from Coe, Isabella County, Michigan to Lakefield Township in 1902. They owned and operated an 80 acre farm in Section 12 on the south side of Swan Creek Road between Chapin and Steel Roads.