Nelson Woolman was born August 21 1859 in Ortonville, Oakland County, Michigan; his parents are George W. and Elizabeth Woolman. He married Clara Ferris. Clara was born around 1867 in Leamington, Canada; she was the daughter of James Simmon and Anna Elizabeth Tester Ferris of Lakefield Township.

Nelson and Clara had the following children: 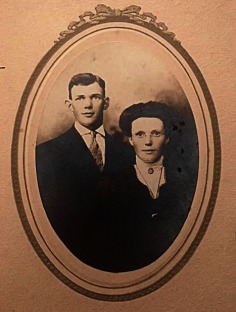 Nelson Woolman had four chattle mortgages while residing in Lakefield Township and they were:

By 1900, Nelson and Clara and their family, are living in Ortonville, Oakland County, Michigan.