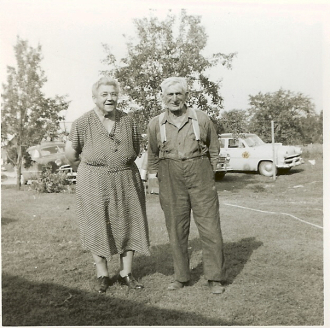 Otto and Bertha's children were:

Otto was a farmer in the Lakefield Township area all of his life. Otto and Bertha belonged to the Wheeler Immanuel Lutheran Church, Wheeler, Gratiot County, Michigan.