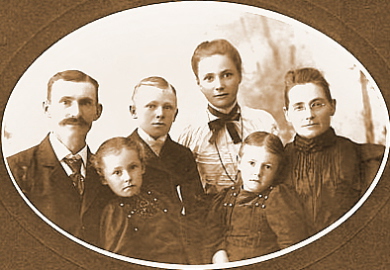 Jacob and Cora had the following children:

In 1896, Jacob and Cora owned and operated a farm in Section 9 on the NE corner of Meridian and Roosevelt Roads. Their neighbors were: Tom Gulick, Charles Eggebrecht, John Shay, George Trudgeon, Louis Baker, John Baker, William Sandhoff, Peter Mayer and Albert Easlick. Jacob and Cora lived in Lakefield Township for over 30 years but by 1920, they are living in Saginaw, Saginaw County, Michigan.