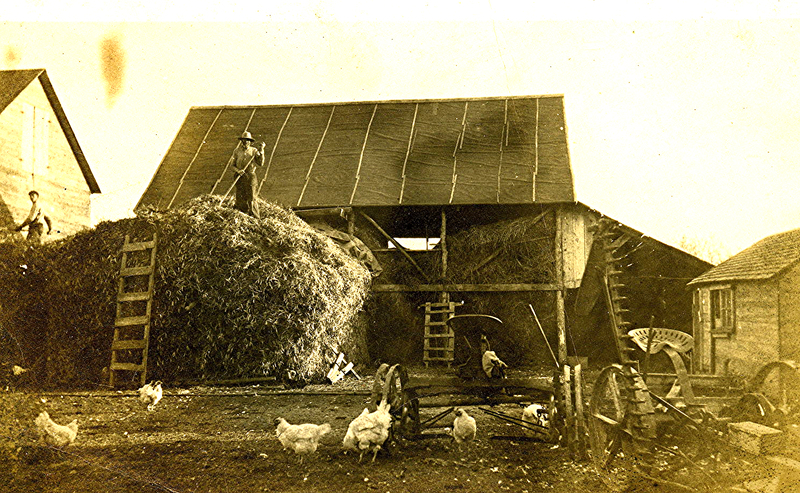 Frank Joseph Krupka Jr. was the son of Frank Sr and Antonia M. Schadamize/Chadima Krupka. Frank Jr. was born in Bohemia on February 23, 1882/83. Frank moved to Lakefield Township with his parents in 1886. He married Rosa Dusek on February 1, 1911 in Wheeler, Gratiot County, Michigan by Justice of the Peace Barney Swope. 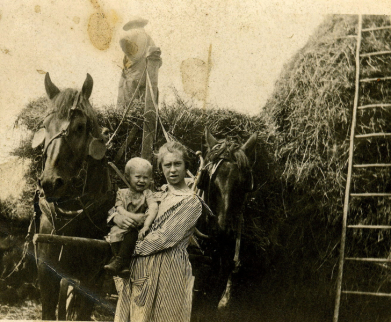 Frank Jr. "bringing in the hay" with wife Rose and daughter Hilda Krupka

Frank and Rosa had the following children:

Frank continued to operate the Krupka Family Farm in Section 21 of Lakefield Township on the NW corner of Fenmore and Nelson Roads. The Krupka's were known for their delicious honey from their beekeeping.

Frank died on September 3, 1964 and is buried in the Lakefield Cemetery.