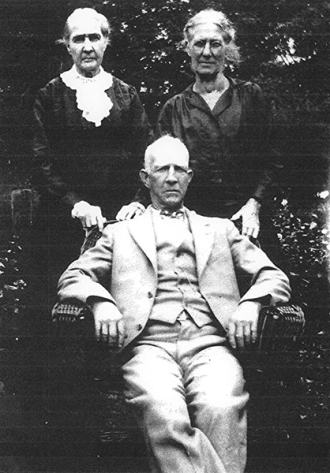 William with his wife, Margarett and his mother-in-law, Jane Urquhart

William and Margarett's children were: