The photo is of Adolph Rosewig's Farm

Adolph Rosewig was born on September 23, 1889 in Lakefield Township, his parents were Peter and Mary Shebester Rosewig. He married Julia Marinda Simmon on November 21, 1914 at the Congregational Parsonage by W.D. J. Stevenson in Merrill, Saginaw County, Michigan. Julia was born on July 18, 1895 in Hamilton Township, Gratiot County, Michigan; her parents were William and Maggie Robinson Simmon.

Adolph and Julia had two daughters:

Julia Rosewig passed away on February 27, 1920 of an influenza. 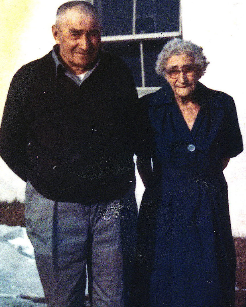 Adolph passed away on February 10, 1976 and Frances on May 30, 1967. They are both buried in the Lakefield Township Cemetery.