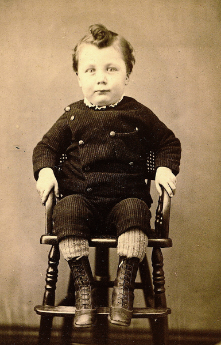 The photo is of Francis Webb as a child.

Francis Webb was born in Canada on April 29, 1874 to Joseph and Margaret Ellen Beird Webb. He married Euphemia “Adelle” Ferris. Adelle was born February 6, 1879 in Canada to James and Anna Elizabeth Tester Ferris. 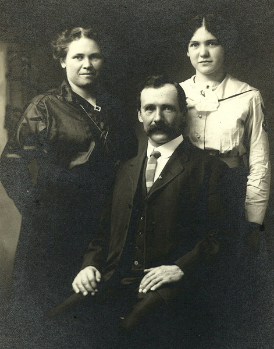 The photo is of the Francis Webb family: L to R - Adelle, Francis and daughger, Ethel Mae Webb

Francis and Adelle had the following child:

Francis registered to vote in Lakefield Township on April 2, 1898 and his daughter, Ethel was one of the first ladies to register to vote on March 22, 1924 after the suffrage movement.