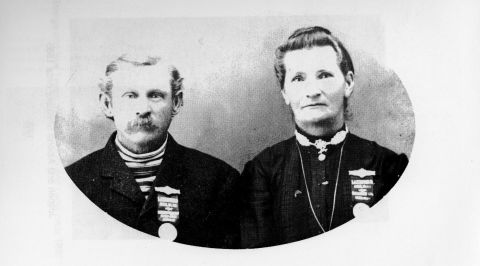 George and Sue had the following children:

George and Sue owned and operated a 40 acre farm in Section 22 on the NE corner of Fenmore and Nelson Roads. Their neighbors in 1896 were brothers William Tester and Charles Tester, Frank Krupka, Martin Novak and Peter Rosewig. George was appointed Gatekeeper of the Lakefield Township Board of Elections on April 1, 1895.

Sue died on November 5, 1926 in Lakefield Township and George died on April 19, 1932 in Marion Township, Saginaw County, Michigan. They are both buried in the Lakefield Cemetery..