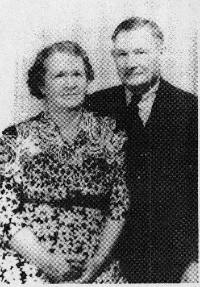 Frank and Ettie had the following children:

Frank and Ettie left for Ontario and arrived in Windsor, Ontario on March 18, 1912. They lived in Kindersley, Manitoba, Saskatchewan, Canada