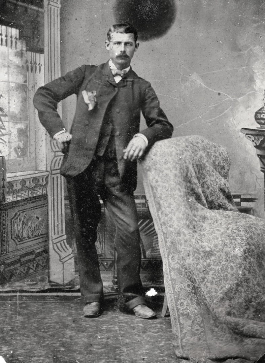 The photo is of George Washington Rigg

George Washington Rigg was born on August 27, 1865 in Spring Arbor, Jackson County, Michigan to Leslie and Sarah Ann Shaw Rigg. He was named after his great-grandfather, George Rigg, of Perry County, Ohio and his Uncle, George Washington Rigg, who died in the Civil War. 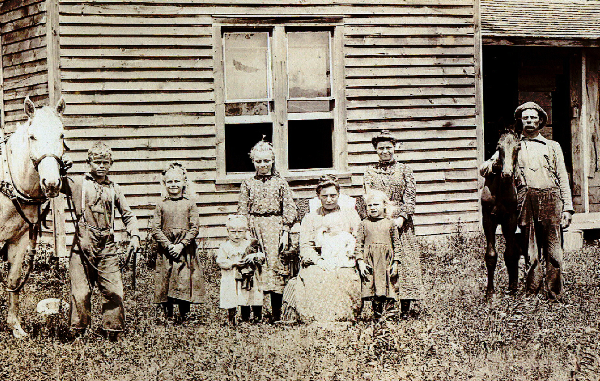 In 1893, George and Mary purchased 40 acres of land in Section 10 on the SW corner of Roosevelt and Fenmore Roads in Lakefield Township. They farmed the land and raised their children on this property for 48 years. George specialized in sheep shearing. 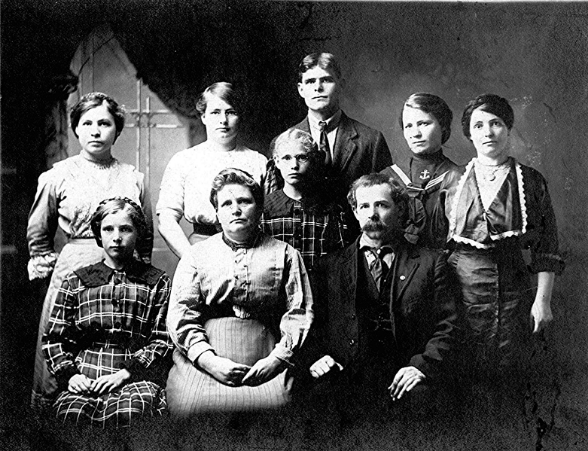 George and Mary had the following children:

The George Rigg's children went to the Byrnes School which was located on the corner of Swan Creek and Fenmore Roads. 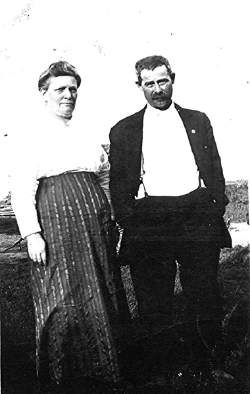 George registered to vote on April 1, 1893. He was appointed Gatekeeper by the Board of Elections, April 5, 1897. Mary was one of the first ladies in Lakefield Township to register to vote on March 29, 1919, after the women's suffrage movement. George was a member of the O-Saw-Wah-Bun 100 F Lodge in Merrill, Michigan.

George passed away April 22, 1941 and Mary passed away on November 3, 1939. They are both buried in the Lakefield Township Cemetery.