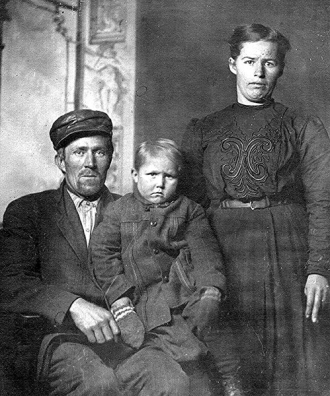 Calvin and Abby had the following children: 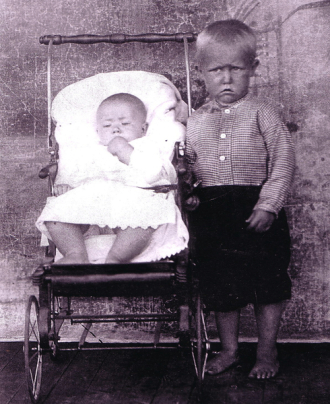 Calvin and Abby purchased a 40 acre tract of land in Section 25 on the NW corner of Nelson and Chapin Roads. At that time, shortly after 1909, they cleared enough land to set a house moved from Lafayette Township, Gratiot County, Michigan. The house was originally part of John E. Harris' home. About a year later, they built a small barn. Calvin farmed during the summer, and for several years, went through the country with a buzz saw and a one-cylinder gasoline engine mounted on a wagon, and buzzed stove wood for hire. Years later, he purchased a used Model-T Ford dump truck (one of the first to come into Lakefield Township) with which he hauled gravel for road construction.

Calvin had asthma for many years and died February 27, 1941. Abby passed away on October 26, 1981 and they are both buried in the Sacred Heart Catholic Cemetery, Lakefield Township.