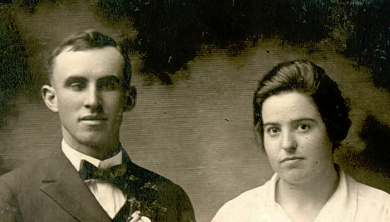 George and Hazel had the following children:

George registered to vote in Lakefield Township on March 27, 1915. Hazel was one of the first ladies to register to vote on April 5, 1920, after the women's suffrage movement. Early in 1918, a bill granting limited franchise to women was passed; women over the age of 30 years old, and those over 21 years old, who were married to householders were give the right to vote.

George was elected to the following Lakefield Township offices:

George died on December 28, 1966 and Hazel died on November 6, 1995. They are both buried in the Lakefield Township Cemetery.