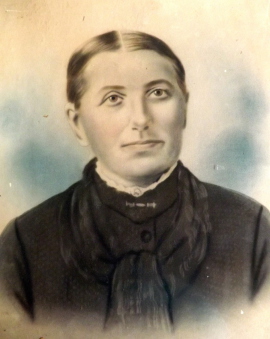 Ishmael and Ida came to Lakefield Township in 1897. They owned and operated an 80 acre farm in Section 22 on Merrill Road between Lakefield and Nelson Roads.

According to the book, "Lest We Forget" by Myron F. Gulick, “The Beaver Creek ran through the north end of their farm and on their property was a sawmill. Ishmael had a steam engine for use in his sawmill and for a thrashing grain machine. His first steam engine was a Russell. It was an engine on wide wheels in the rear, with smaller wheels in front. These wheels had a band of iron in the center of the wheels that made steering easier. Before the Russell engine, he had a stationary steam engine used in the saw mill. Also used was a 10 horsepower gasoline engine with flywheels about 12 feet in diameter. I believe it was the largest gasoline engine I ever saw. Later, he had a Hartparr tractor with a two cylinder engine built by the Oliver Engine Works. The flywheel was a balanced wheel; if these wheels were not large, heavy and well-balanced, the engine would not have much power. The Hay balers were heavy machines with heavy balanced wheels to help keep the power steady. Stationary engines were on skids made of oak timbers; later wheels were added under the timbers, much like the wagons of today. This made moving from one job to another much easier. Before the skids or wheels were put under the engines, farmers had to haul grain or hay where the threshing could be done; but there was lots of manpower to do this. Mr. Davis always had several men working for him for their board during wintertime. He lost his arm by getting it caught in his machinery and he had a wooden arm with a hook on it. He had played the violin before losing his arm. Ishmael had a good sense of humor and he liked to tell the most unbelievable stories and then laughed if he thought you believed him.”

A quote from the book, Looking Backward – History of Merrill and Jonesfield Townships, Saginaw County, Michigan – Memories That Shaped The Township As Seen through the Eyes Of a Pioneer Son – written by W.G. Shannon, “Another stand-by amusement was the 'Basket Picnic'. The Gleaner's held one almost every year on Ish Davis' Beaver Creek Flats. Everyone brought a basket of food. There were all kinds of contests; foot races, jumping contest, three-legged races and always a baseball game. Everyone had a wonderful time. In those days the state did not allow intoxicants at public gatherings."

Ishmael served Lakefield Township as Lakefield Highway Commissioner and Supervisor. He was also elected Constable on April 4, 1898 and Overseer of Highways District # 3 on April 3, 1899. Ida belonged to the Lakefield Ladies Society. In 1933, Ida moved to Merrill, Michigan.

Ishmael and Ida had the following children: 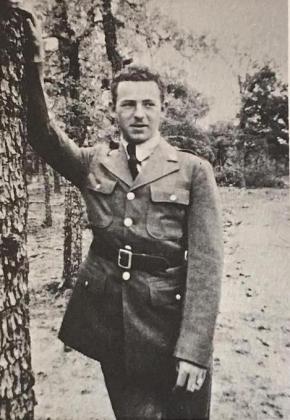 Maynard enlisted on January 15, 1942 in the U.S. Army and was in the 63rd Military Police Company.  He was trained at Camp Wolters, Texas; Fort Bragg, North Carolina.  His embarkation was October, 1942 and served in the European-African-Middle Eastern Theatre.  Maynard was awarded the Purple Heart in North Africa and Service Stripes for American European-African- Middle Eastern Service.

He was one of many WWII Gold Star Boys.