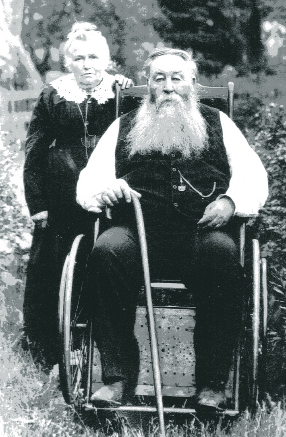 The photo is of Tyler David and Marion Baxter Mason. The photo from Joe Mason.

Tyler D. Mason served in the Civil War as a Private in Company B, Michigan 10 Calvary Regiment under George Armstrong Custer. He enlisted on September 2, 1863 in Romeo, Michigan  and mustered out on November 11, 1865 at Memphis, Tennessee. 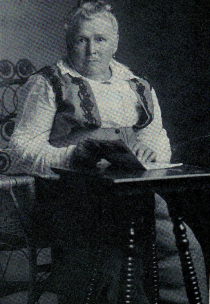 Tyler and Marion's children were:

In 1896, Tyler and Marion owned and operated a 78 acre farm on the NW corner of Section 28 at the intersection of Meridian and Nelson Roads.

Tyler was elected to the following Lakefield offices

From the Book "Lest We Forget" written by Myron Gulick states the following:  "Tyler  was a prominent man and was noted for his great foresight into the future. He started a loan company and it was a success. I met this man only a few times. He was heavyset, bushy haired, with very strong arms. He wore a beard.”

Tyler passed away on November 16, 1914 in St. Louis, Gratiot County, Michigan and Marion on July 5 or 6, 1918. They are both buried in the Lakefield Township Cemetery.