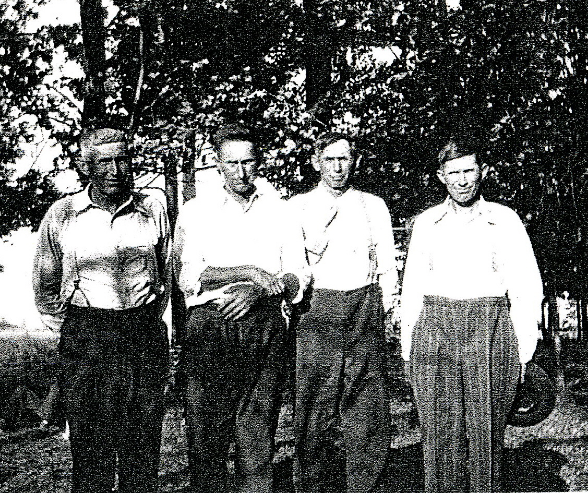 Frank Joseph Nohel was born on June 14, 1848 in Silesia, Austria to Frank Nohel. He married Ludwika Belner/Bilner in Austria where they had their first three children, Luvena, Lula and Charles Nohel. Frank and Ludwika moved to the United States in 1881/1882 from Austria.

Frank and Ludwika had the following children:

On February 6, 1905, Frank and Ludwika Nohel purchased a 40 acre farm in Section 35 on the corner of Grabowski and Chapin Roads in Lakefield Township from the estate of August Chamier. Later, the property was purchased by Frank and Ludwika's son, Harry, and his wife, Celia Nohel.

Frank died on November 13, 1914 and Ludwika died on February 8, 1915. They are both buried in Sacred Heart Catholic Cemetery, Lakefield Township, Saginaw County, Michigan.