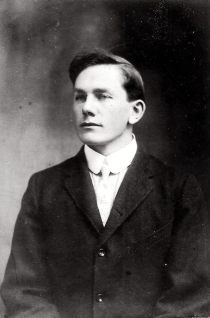 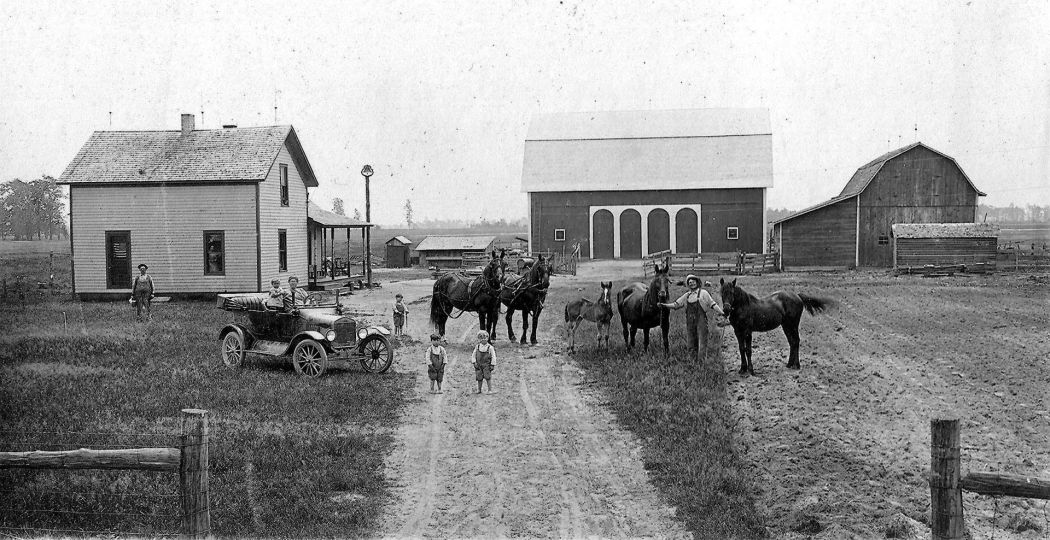 Tony Betz and his family on their Lakefield Township Farm. The farm was located on Nelson Road in Section 26.

Carl Anton (Tony) was born May 20/June 9, 1885 in Lafayette Township, Gratiot County, Michigan to Joseph A. and Barbara (Hinterman) Betz. He married Elizabeth Winifred Tester on February 21, 1910. Elizabeth was born May 23, 1892, the daughter of Charles and Margaret (Evoy) Tester. Tony and Elizabeth lived on an 80 acre farm in Section 26 on Nelson Road. Their children went to the Bastedo School on Lakefield Road. Tony served as Lakefield Township Clerk in 1916; Board of Health in 1916 and 1918; Treasurer in 1930 and 1931. Elizabeth (Lizzie) was a member of the Lakefield Ladies Society in 1926 and 1927.

Tony and Elizabeth's children and spouses are:

Tony passed away September 11, 1963 and Elizabeth on April 19, 1963. They are both buried in the Lakefield Township Cemetery.