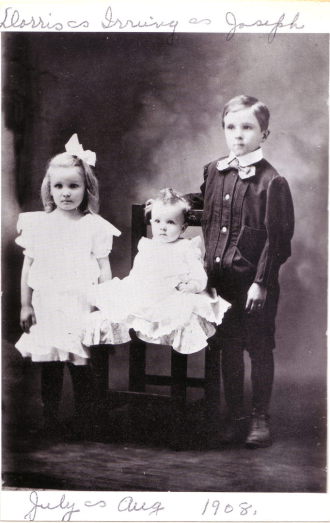 The photo is of a young Joseph (right) with his younger sister, Dorris Clark and his baby brother, Irving Clark. 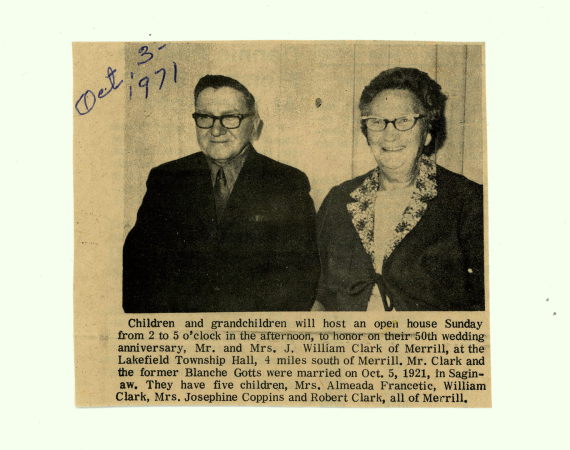 Joseph William Clark was born on May 9, 1901 to William Elisha and Almeda McDougall Clark. He married Blanche Gotts on October 5, 1921. Blanche was born August 2, 1903 and was the daughter of Fred E. and Isabell Smart Gotts. Blanche was a student of the Byrnes School in Lakefield Township, which was located on the NE Corner of Swan Creek and Fenmore Roads.

Joe and Blanche's children are:

Joe and Blanche passed away on May 10, 1975 near Fort Myers, Florida. They are both buried in the Lakefield Township Cemetery.