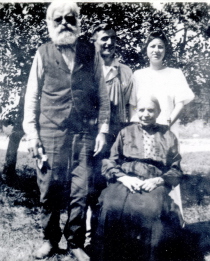 Frank is standing beside Louise, who is sitting. 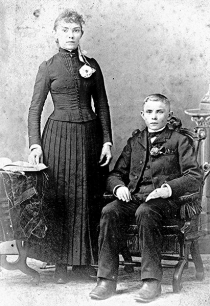 The photo is of Frank and Louise's two older children, Emma and Charles Glinke

Frank and Louise had the following children:

Frank passed away December 26, 1923 and Louise on November 17, 1920. They are both buried in the Oakwood Cemetery, Saginaw, Michigan