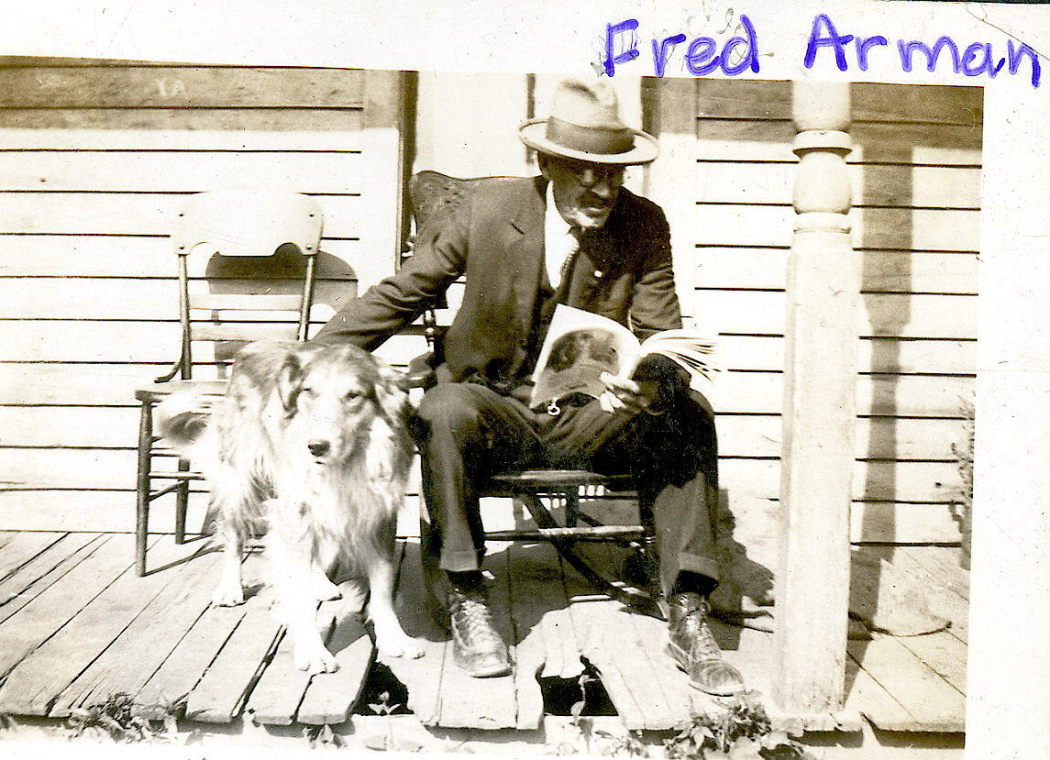 Frederick Riley Arman was born September 18, 1855 in Smith Crossing, Michigan to John and Margaret McGregor Arman. Frederick lived with his parents in Tittabawassee, Kochville and Lakefield Townships which were all located in Saginaw County, Michigan.

Frederick married (1) Elizabeth Jenny Walker on April 2, 1879 in Saginaw, Michigan. They had the following children:

Elizabeth Jenny died on April 1, 1885 in the City of Saginaw, Michigan of Consumption.

In 1900, Frederick and Delia were living with John and Margaret Arman in Lakefield Township on Nelson Road.

In 1910, Frederick's father, John Arman, was living with Frederick and Delia in Lakefield Township on Nelson Road.