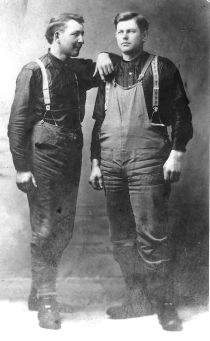 William Wilson House was born January 6, 1873 in Pleasant Hill, Norfolk County, Ontario, Canada; his parents were Wilson and Sarah Wrightman House. In 1876, he came with his parents to Michigan and settled on the farm in Lakefield Towship where he spent the remainder of his life.

William passed away January 18, 1931 and is buried in the Ridgelawn Cemetery, Breckenridge, Michigan.