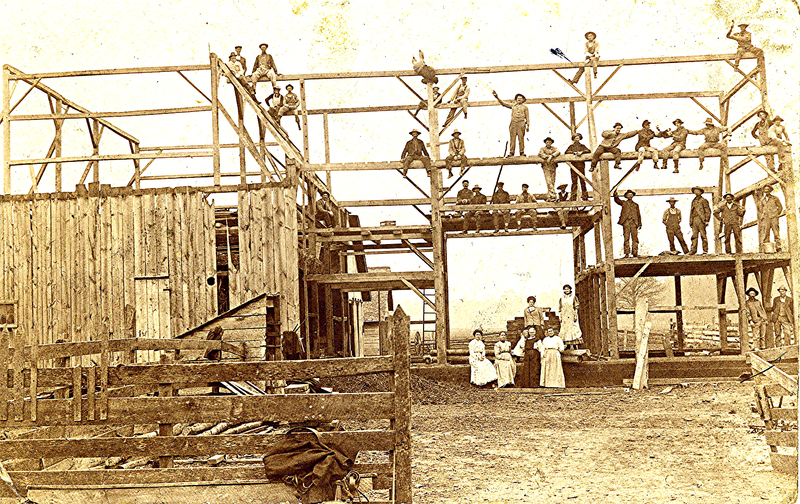 THE PHOTO IS ONE OF THE BARNS GUY GROSS BUILT

Guy and Timoline Gross's children were:

In the book "Lest We Forget" written by Myron F. Gulick states the following: “Guy was a multi-talented individual. In addition to farming, he was a carpenter who built many barns and homes. He played the violin and operated a dance floor where square dancing was performed. He owned and operated a cement block making machine and was able to acquire the gravel he needed from his gravel pit with his own drag-line. “

Guy and Timoline were members of the Merrill Congregational Church. Guy passed away on Christmas Day on December 25, 1958 and Timoline passed away on September 14, 1974. They are both buried in the Hamilton Township Cemetery (Edgewood) , Gratiot County, Michigan.