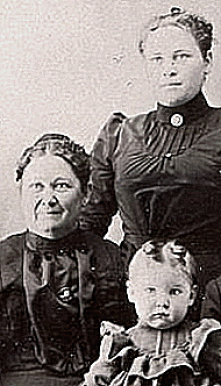 James, Anna and their family came to the United States in 1883 from Canada. Their children were:

James and Anna lived on a 40 acre farm in Section 14 on the east side of Merrill Road between Roosevelt and Lakefield Roads. Their neighbors in 1896 were Thomas Tester, Abner Graham, Dan Morden, Gilbert Bastedo, William Button, and Joseph Rittenour.

Anna Elizabeth died on April 12, 1909 and James died on February 16, 1916. They are both buried in the Lakefield Township Cemetery.