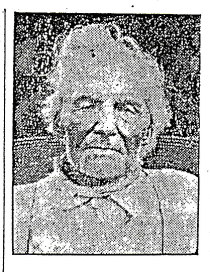 Albert and Louisa had the following children:

While serving in the 24th Regiment of the Michigan Infantry, Albert was assigned as an Honor Guard overseeing President Abraham Lincoln's remains in 1865.

On March 20, 1878, the United States General Land Office (Homestead Certificate # 1071 Application # 2447) in accordance with the Homestead Act of May 20, 1862 granted Albert S. Cooper the tract of land on the East half of the North East quarter and the East half of the southeast quarter of Section Twelve in Township Eleven North Range One East in the district of lands subject to sale at East Saginaw, Michigan, containing one hundred sixty acres (160). The document was signed by President Rutherford B. Hayes.

In 1880 according to the Michigan Agricultural Census, Albert had 15 acres of tilled land, 10 acres of meadows or pastures and 145 acres of woodland and forest.

Albert served as Lakefield Township Constable in 1885, Justice of the Peace Full Term in 1892 and Treasurer in 1893. Was appointed Inspector of Elections April 1,1895 and to mark ballots with his initials; appointed to pass ballots to electors April 6,1896.

Serving as guard of honor beside the body of the martyred president, Abraham Lincoln, commander-in-chief of the Union armies, while it lay in state at the white house -

Homesteading 160 acres of land in a backwoods section of his adopted country, becoming head of a family group of nearly half a hundred members and serving his township in several offices of trust -Goes Right On-

Mr. Cooper, now in his eighty-seventh year, has gone right on, year after year, operating a large part of the land he homesteaded until today he ranks as one of the oldest farmers in Saginaw County if not in Michigan.

To see him at a distance plodding along behind his horse and guiding a cultivator through the cornfield is to doubt his years. He puts in a full day of work and is ready to knock off only when his horse grows tired. Sixty acres now remain in the domain of the Cooper farm. Of this, 13 acres has been let out on shares by Mr. Cooper to another farmer. Part of the remaining 47 acres is in pasture; the rest he farms.

Surprise that he should continue at his advances years to shoulder so much work stirs something akin to resentment in the veteran farmer. “There are lots of fellows who don't want to work,” is his laconic manner of settling the whole question. “Certainly, I still do my own farm work. I'm healthy and able; why should I quit?”

Born February 10, 1847 near Toronto, Ontario, he enlisted in the Union army in 1864 and served throughout the remaining 18 months of the war. It happened that he served with the Michigan Infantry, so, after acting as honor guard beside Lincoln's bier and receiving an honorable discharge, he came to Michigan with his campfire comrades and took up a homestead in what is now Lakefield Township.

August 1, 1874 he married Miss Louisa Christina Raymond of near Hemlock. She died only this month-July 7. Making her home with Mr. Cooper is one of his two daughters, Mrs. Sylvia Bierd. The other daughter, Mrs. Mary Chambers, lives in Fremont Township. There are 12 grandchildren and 32 great-grandchildren.

Mr. Cooper has served as township treasurer, justice of the peace, member of his district's school board and constable.