George O. Glick was born in March 1878. His parents were Samuel and Rebecca Seigle Glick. George married Mary “Mattie” Moore on May 10, 1904 in Chapin, Saginaw County, Michigan by A.H. Carroll. Their witnesses were Hattie Moore and S. DeBarr.

George and Mary's “Mattie” children were: 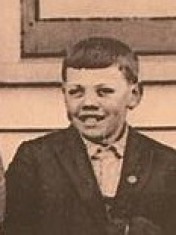 2.   Bernice Glick was born on September 9, 1905 and Died October 8, 1905 in Brady Township, Saginaw County, Michigan. She died of Spina Bifida and is buried in the Ford Cemetery, Elsie, Gratiot County, Michigan. 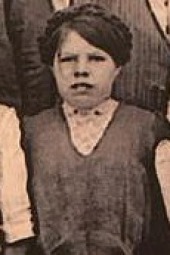 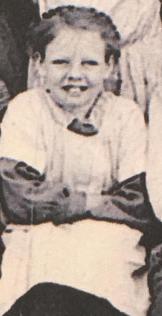 5. Female Glick was stillborn on April 27, 1913 in Lakefield Township. She is buried in the Ford Cemetery, Elsie, Gratiot County, Michigan.

George and Mary “Mattie”owned and operated an 80 acre farm in Section 25 on the corner of Chapin and Grabowski Roads sometime after 1907. In 1916, their neighbors were Patrick Riley, Frank Nohel, Oliver L. Milledge, Fred Schulz, Sam Glick and Herman Hinterman.

George and Mary's "Mattie" children went to the Nohel School, which was directly across Chapin Road  from where they lived.