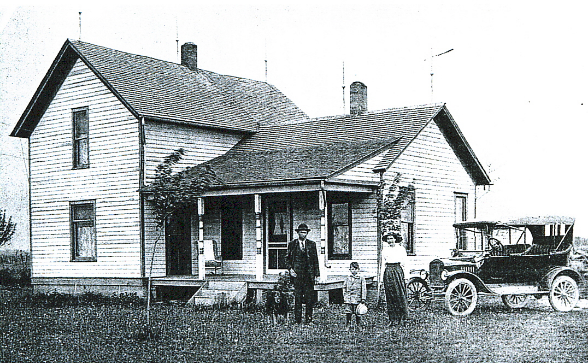 Frank, Mary, and Walter Nohel at their home on Grabowski Road in Lakefield Township

Frank and Mary had the following child:

Frank and Mary owned and operated two 40 acre parcels of land; one in Section 26 on the SE corner of Grabowski and Chapin Roads. On September 20, 1916 Frank and Mary sold one acre of land to Lakefield School District No. 5. This one acre parcel was located on the corner of Grabowski and Chapin Roads. The Lakefield School District No. 5 was known as the Nohel School. The other 40 acres of land was located on the east side of Chapin Road in Section 36 between Grabowski and Colvin Roads.