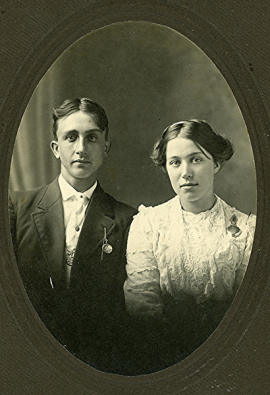 Floyd and Martha had the following children:

Floyd worked for the railroad in Durand, Shiawassee County, Michigan and he also played the violin

In 1916, Floyd and his family lived on a 40 acre farm in Section 10 on East side of South Merrill Road between Swan Creek and Roosevelt Roads. Their neighbors were F.H. Cooper, W. F. Wilson, Jesse Baker, Ed Jubb and Neil Langlois.

The book “Lest We Forget” written by Myron F. Gulick states the following: “A fellow named Floyd Cooper did some mason work and built my outdoor ornaments. He did work on outside chimneys where a fireplace was built. He also built porch support posts for the people who wanted a decorated stone porch with the front built of small, round stones.” Floyd did the stone work on the original stone porch at St. John's Lutheran Church in Marion Springs, Saginaw County, Michigan.

Martha died January 11, 1927 and Floyd died June 22, 1938. They are both buried in the Lakefield Township Cemetery, Saginaw County, Michigan. 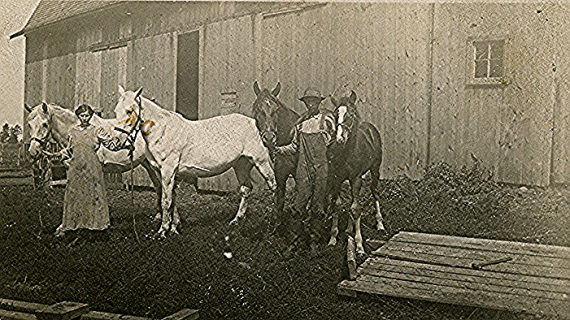 The photo is of Floyd and Martha with their horses, on their farm, which located 2 miles south of Merrill, Michigan on Merrill Road. 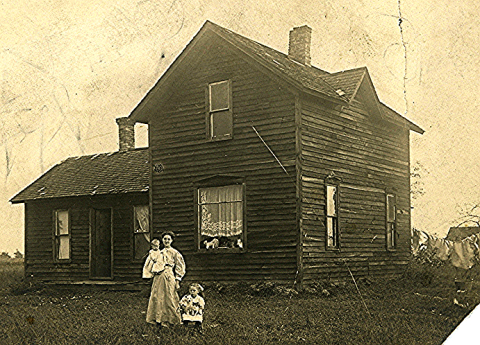 The photo is of Martha with her two daughters, Anna and Dorothy Cooper at their farm on Merrill Road. 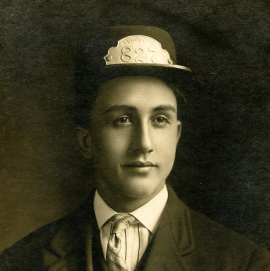 Floyd while working for the railroad.