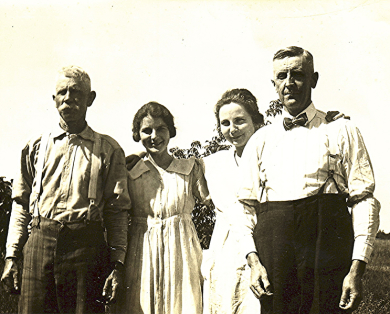 William Thomas Johnson was born April 3, 1863 in Stanford, Canada. He came to the United States to Lapeer County, Michigan at the age of 3 years old. In 1885, William came to Saginaw, Saginaw County, Michigan and married Flora McPhee on June 12, 1892 in Saginaw. Flora was born on March 18, 1872 in Park Hill, Canada to Roderick “Rory” and Flora Curry McPhee. At the time of William and Flora's marriage, he was working for the railroad. 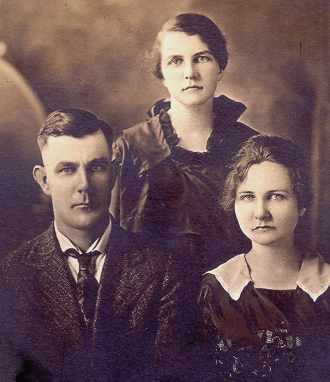 William and Flora had the following children:

William and Flora lived in Fremont Township, Saginaw County, Michigan for 15 years before moving to Lakefield Township. They purchased a 40 acre farm in Section 26 from Charles and Nellie Nohel on

October 31, 1910. Later, William purchased another 80 acre farm in Section 25, across the road from his 40 acre farm. Both properties were located on Chapin Road between Nelson and Grabowski Roads.