J.B. And Hazel had the following children: 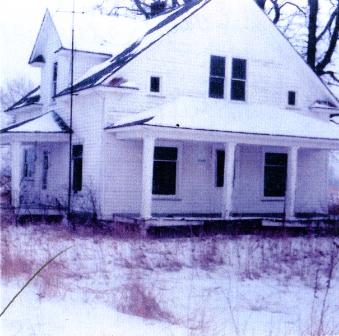 The photo is the home of J.B. and Hazel Schoonmaker

J.B. lived in Lakefield Township most of his life and engaged in farming. In 1916, J.B. And Hazel owned and operated an 80 acre farm in Section 13 on the NW corner of Roosevelt and Chapin Roads. Their neighbors were: John Briggs, John Liebrock, Lewis Liebrock, William Miller, Dan McLeod, J.A. Beckley, George Watson, Thomas Genack.