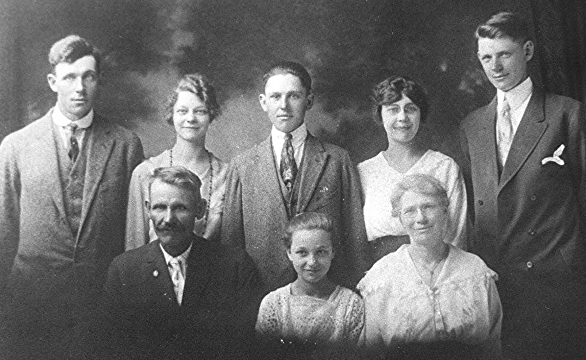 Charles  Bow was the son of Philip and Adelaide Louise (Davis) Bow and was born April 15, 1863 in Zilwaukee, Michigan. He married Eva F. Roderick Hubbard on April 15, 1888 in Kochville, Saginaw County, Michigan. Eva was born June 26, 1870 in New York. Charles and Eva owned and operated a 40 acre farm in Section 21 on Lakefield Road. Their neighbors were John Kissane, Mike Kissane and Ed Miller.

Charles and Eva's children and spouses were:

The entire family moved to Jonesfield Township according to the 1910 Census.