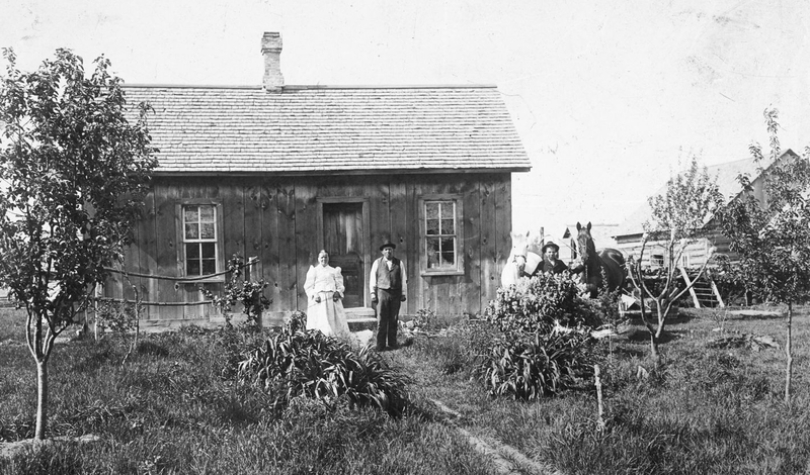 Frank Jr. with his horses and Frank Sr. at their family home on the NW corner of Fenmore and Nelson Roads in Section 21 of Lakefield Twonship

Frank Krupka Sr. was born on February 28, 1840 in Bohemia. His parents were Joseph and Catherine Secismile Krupka. Frank was married to Antonia Schadamize/Chaduma in 1867. Antonia was born August 4, 1841; her father was Jacob Schadamize.

Frank and Antonia's children were:

Frank, Antonia and children departed Hamburg, Germany on May 30, 1886 on the ship called the Rhaetia and also came to Lakefield Township in 1886. They owned and operated an 80 acre farm in Section 21 on the NW corner of Fenmore and Nelson Roads. Their neighbors in 1896 were William, George and Charles Tester, Frank Baker, Edward Miller, Adelaide Bow, Martin Novak, Peter Rosewig, and Rudolph Hinterman. Frank Sr. registered to vote in Lakefield Township on April 4, 1903.