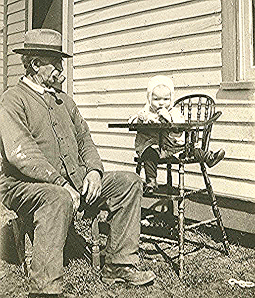 The photo is of Joseph Shebester with grandson, Joseph 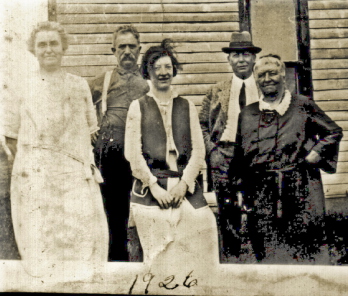 Joseph and Barbara had the following children:

4. Fred Shebester was born May 8, 1889 in Lakefield Township. He married Clara Leota Tester on November 7, 1912 in Saginaw, Saginaw County, Michigan.

In 1896, Joseph and Barbara owned and operated 80 acres on the NE corner of Merrill and Nelson Roads in Section 23 of Lakefield Township. In 1916 Joseph and Barbara's neighbors were: William Elson, John J. Novak, Ed Arman, C.A. Betz, B. Herbage, Ishmael Davis and A.G. Mayer.

Joseph was elected as the Lakefield Constable on April 4, 1898.