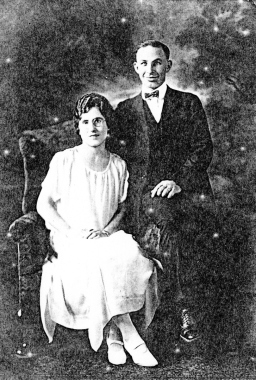 The photo is of Horace and Estella's youngest daughter, Clara with her husband, Henry Wenzel

Horace and Stella had the following children:

Horace and Estella moved back to Gratiot County, Michigan by the mid 1930's.

Horace passed away in 1938 and Estella in 1956. They are both buried in Lafayette Township Cemetery, Gratiot County, Michigan.