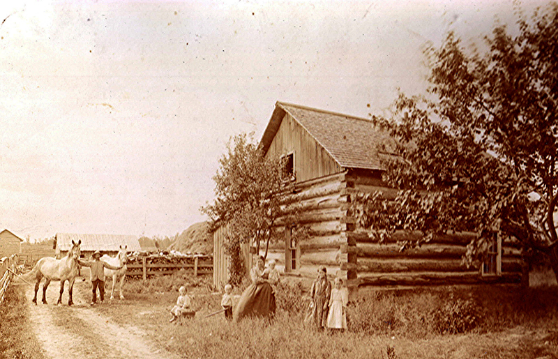 The Edward Miller Family: Edward holding his horses and Ada holding her child with her other children beside her in front of the log cabin located on Roosevelt Road in Lakefield Township. 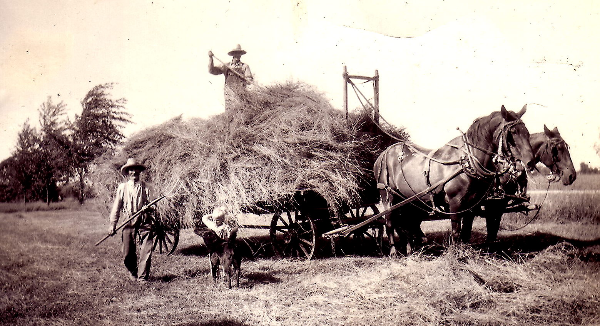 Ed with his team of horses with two family members 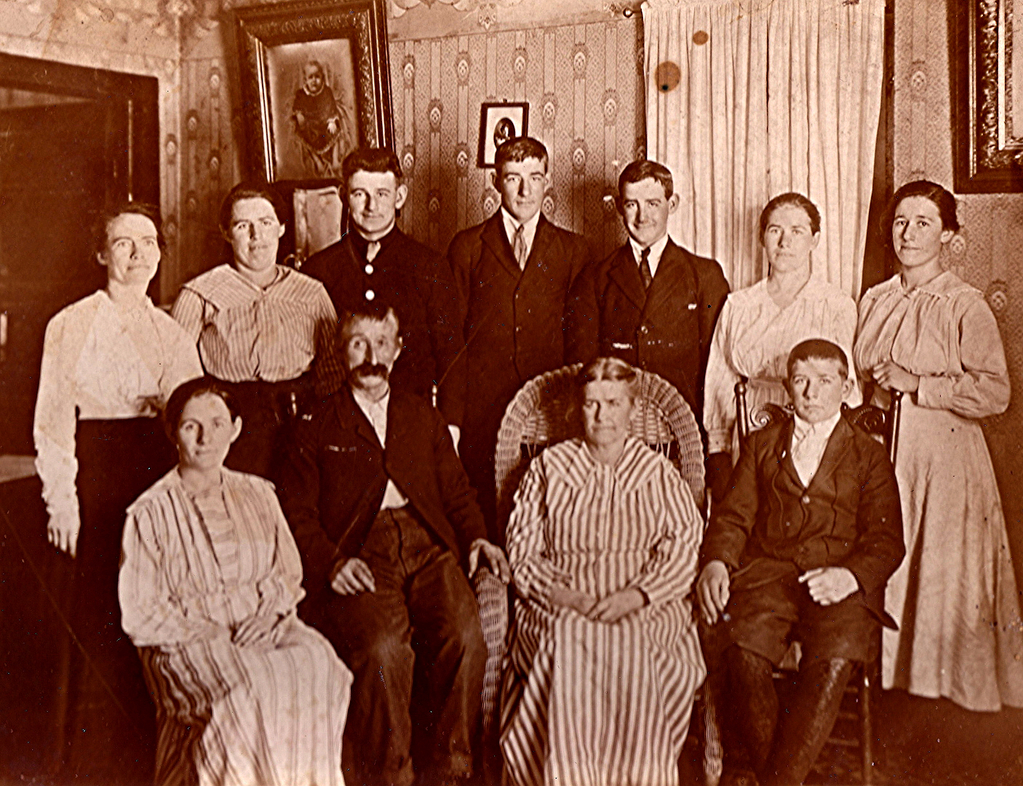 Ed and Ada had the following children:

Ed was appointed to Lakefield Township Board of Review on April 1, 1890 and appointed to the Overseer of Highways District #3 on April 3, 1893. Ed, also, owned a cider mill. He sold cider for two and five cents a gallon and supplied the township with vinegar for cooking and canning.