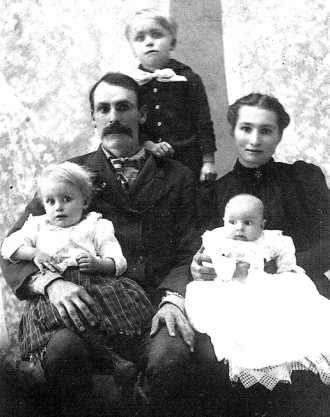 Orin Sylvester Bow was born April 14, 1865, the son of Philip and Adelaide Louise Davis Bow. He was married to Louisa Rosewig on January 5, 1895 in Carrollton Township, Saginaw County, Michigan Louisa was born on March 4, 1879 and was the daughter of Peter and Mary Shebester Rosewig.

Orin and Louisa's children and spouses were: 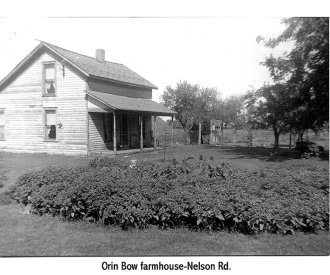 Orin and Louisa owned and operated a 40 acre farm on Lakefield Road. He later purchased an 80 acre farm on Nelson Road; both properties were in Section 21 of Lakefield Township.

Orin was elected or appointed to the following Lakefield Offices:

1.  Lakefield Township Commissioner;  he helped look after the roads, ditches and grading of the roads.

Louisa died on July 19, 1909, ten days after her twins were born. Orin passed away June 14, 1942. They are both buried in the Lakefield Township Cemetery.