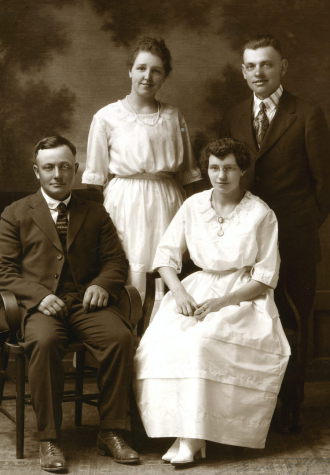 Alvah and RoseZella Murphy Hinterman on their wedding day. Their witnesses were sister, Elizabeth Murphy and brother-in-law, John Hutfilz.

Alvah and RoseZella had two sons:

Alvah passed away on August 20, 1975 and Rose Zella on June 3, 1945. They are both buried in the Lakefield Township Cemetery.