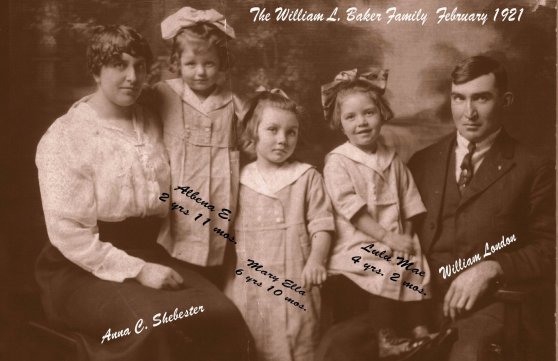 William and Anna Kathleen's children were:

William worked for Henry Betz in 1917. William, Anna and their family moved to Saginaw, Michigan in 1923.