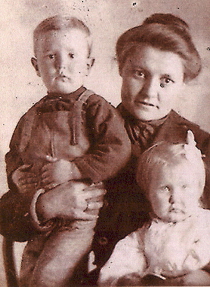 Maggie with John and Beulah Eckhart

Charles and Maggie's children were:

Charles was elected as Lakefield Township Constable on April 4, 1898.

By 1920, Charles and his family are living in Battle Creek, Calhoun County, Michigan.