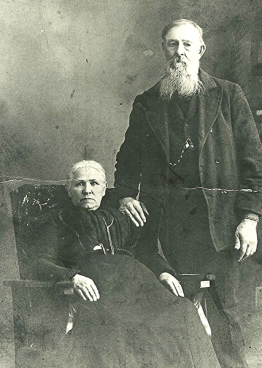 William C. Dickinson was born 15 September 1832 in Steuben County, New York. His parents were Amos and Sarah Whitney Dickinson. William married Betsy Gott in 1871. Betsy was born on 22 March 1850 in England. Her parents were William and Elizabeth Wright Gott Sr.

On 2 April 1877, William C. Dickinson was elected as Constable of Lakefield Township.

By 1900, William and his family were living in Handy, Livingston, County, Michigan.

William died on 7 August 1912 and Betsy on 13 July 1917. They are both buried in Fowlerville, Livingston County, Michigan